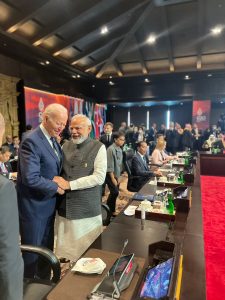 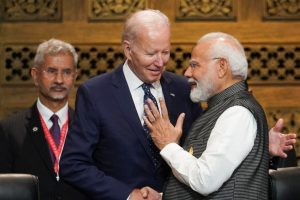 As that move played out, and in the days that followed, Putin has not directly addressed the Russian defeat there, instead limiting himself to domestic affairs and commemorative events. The retreat from Kherson was announced by Sergei Shoigu, the Russian defense minister who, as Insider’s Sophia Ankel reported, has become a frontman for bad news coming out of the conflict.

On Monday, as Ukraine’s President Volodymyr Zelenskyy made a triumphant visit to Kherson, Putin was busy making a video call to the governor of Russia’s distance Altai region in southern Siberia, per a Kremlin timeline. Instead, his spokesman issued a statement insisting that Kherson remained Russian territory despite the Ukrainian flag hoisted above its central square.

He dodged another high-profile engagement, delegating attendance at the G20 summit to his foreign minister, Sergei Lavrov. The conference was dominated by discussion of the war in Ukraine. Even longtime rival nations like the US and China were able to make a tacit condemnation of Russia, issuing a joint statement condemning its threats of using nuclear weapons.

Zelenskyy made an address to the summit, by special invitation as Ukraine is not a member, unlike Russia. In his speech Zelenskyy repeatedly condemned Russia’s invasion, and mocked Putin’s absence by referring to the summit as the G19. As Putin stayed aloof from discussion of the war, anger simmered on Russian state TV, where discussion of the invasion’s failings have ceased to be taboo and are raised more and more frequently.