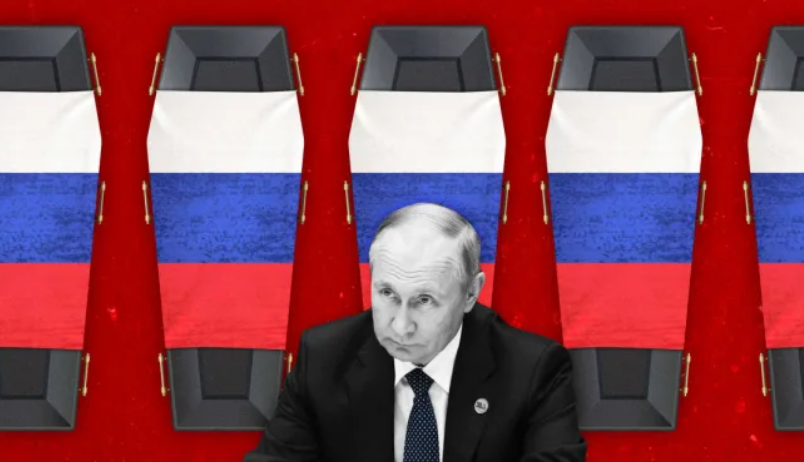 Russians are being plunged into a bleak winter where power outages and heating failures are already freezing people to death while President Vladimir Putin is choosing to spend hundreds of billions of dollars prosecuting an illegal war in Ukraine instead of helping his own citizens.In many of the remote regions where conditions are at their worst, people are also being forced to contribute the most to the war via conscription drives that strip healthy young men out of the local workforce and send them to their deaths on the front line.“They take young men—the only breadwinners—away and send them back in coffins. The guys freeze on the front, get sick, die while their families live in poverty,” Valentina Melnikova, a prominent advocate from the Soldiers’ Mothers Committee, told The Daily Beast. “It seems authorities have no interest left in human lives at this point.”This Is How the U.S. Totally Misjudged the War in Ukraine While Russian missile attacks leave Ukraine without water, heating and power, Russia’s own cities—in Siberia, the Altai Mountains, Baikal and Kamchatka—are freezing without central heating.The hot water pipeline burst in the center of Abakan, the capital of the Russian republic of Khakasia in Siberia. The crossing of Krylov and Kati Perekreschenko streets disappeared in clouds of steam. The accident meant a disaster for at least 70,000 local people: no hot water, no heating in the freezing -8F. Dozens of people spent the night calling the local emergency hotline on Sunday, asking when their apartment blocks would be warm again. But nobody seemed surprised—worn-down infrastructure and bursting pipes are typical crises in wintertime not only for this part of Siberia but for dozens of other regions of Putin’s Russia.In a country of extreme winter temperatures, these infrastructure failures are often deadly. Last year 5,557 people froze to death in Russia, according to a study by First Moscow Medical University.