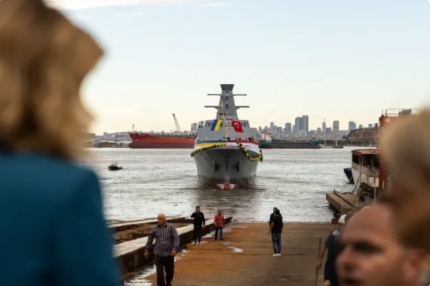 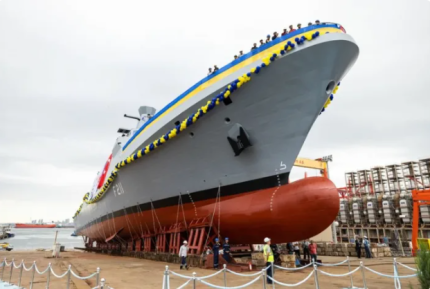 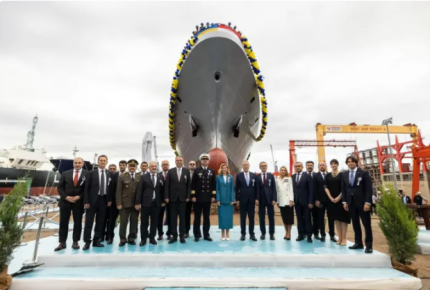 First Lady of Ukraine Olena Zelenska took part in the launching ceremony, together with the commander of the Ukrainian Navy, Vice Admiral Oleksiy Neizhpapa.

“Today, Turkey had the honor of launching a corvette that will serve Ukraine and at the same time have a Turkish heart,” Zelenska wrote on social media after the ceremony.

The new warship is an Ada-type anti-submarine corvette, and is the first ship of this class for the Ukrainian Navy, Zelenska noted. In August, Ukrainian President Volodymyr Zelensky announced the vessel would be named after Hetman Ivan Mazepa.

The Ada-type is a type of missile corvette developed for the Turkish Navy. Ships of this class are designed both for patrolling in the open sea and for anti-submarine operations.

Their design incorporates principles of stealth technologies. The project for the construction two vessels of this type for Ukraine was launched in 2021. According to Ukraine’s agreement with Turkey, both corvettes should be in service with the Ukrainian Navy by 2024.

Ukraine’s Navy Command notes that the corvettes will be equipped with:

sonar for searching for and tracking submarines;

Read the original article on The New Voice of Ukraine