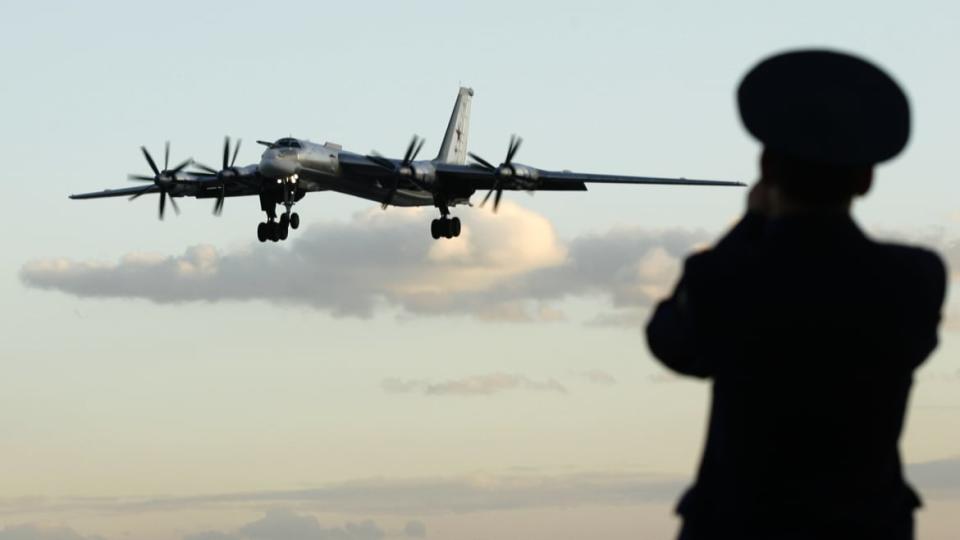 Two explosions at major Russian military bases, including the Dyagilevo base near Ryazan just 150 miles from Moscow, mean the war in Ukraine has come right to Vladimir Putin’s doorstep.The explosions—which may have been missile or drone strikes but that has yet to be confirmed—suggest that whoever is behind them wanted to strike fear right in the heart of Russia.The second explosion struck the Engels-2 base, from which Tu-95 bombers have been pummeling Ukraine’s infrastructure over the last month.A fuel truck explosion at the base near Ryazan killed at least three and wounded half a dozen and reportedly damaged Tu-95 bombers and Tu-22M long-range missile bombers, which have nuclear capability.Video posted on social media suggests that the telltale whistle of a fighter jet or missile can be heard just before the Saratov base explosion, according to the Guardian.Monday afternoon, several people in Crimea reported hearing explosions there, suggesting a coordinated effort.Kremlin spokesman Dmitry Peskov confirmed that Putin had been advised of the “situation” but did not speculate on who might be behind it, saying quite unbelievably that he had only “read about it” in the media, according to reporters at a briefing Monday.

Almost immediately after reports, air raid sirens across Ukraine heralded a barrage of missile strikes, with many targeting Zaporizhzhia, where at least two people were reported to have been killed after missiles destroyed several residential blocks. Several cities reported having no electricity or water after Russian strikes.Roman Busargin, governor of the Saratov region where the Engels-2 base is housed, wrote on Telegram that law enforcement agencies were chasing “information about incidents at military facilities,” adding that, “No emergencies have occurred in the city’s residential areas.”Ukraine’s interior minister Anton Gerashchenko posted images of the explosions on Telegram, suggesting they were watching closely. “Some sources report that this morning planes based on Engels and Ryazan airfields were scheduled to bomb Ukrainian energy infrastructure yet again,” Gerashchenko wrote Monday morning.Other officials mused that Russia’s compounding losses are Ukraine’s gain. “The Earth is round—discovery made by Galileo. Astronomy was not studied in Kremlin, giving preference to court astrologers,” Volodymr Zelensky advisor Mykhailo Podolyak wrote on Telegram Monday. “If it was, they would know: if something is launched into other countries’ airspace, sooner or later unknown flying objects will return to departure point.”